The Understudy
(part one) 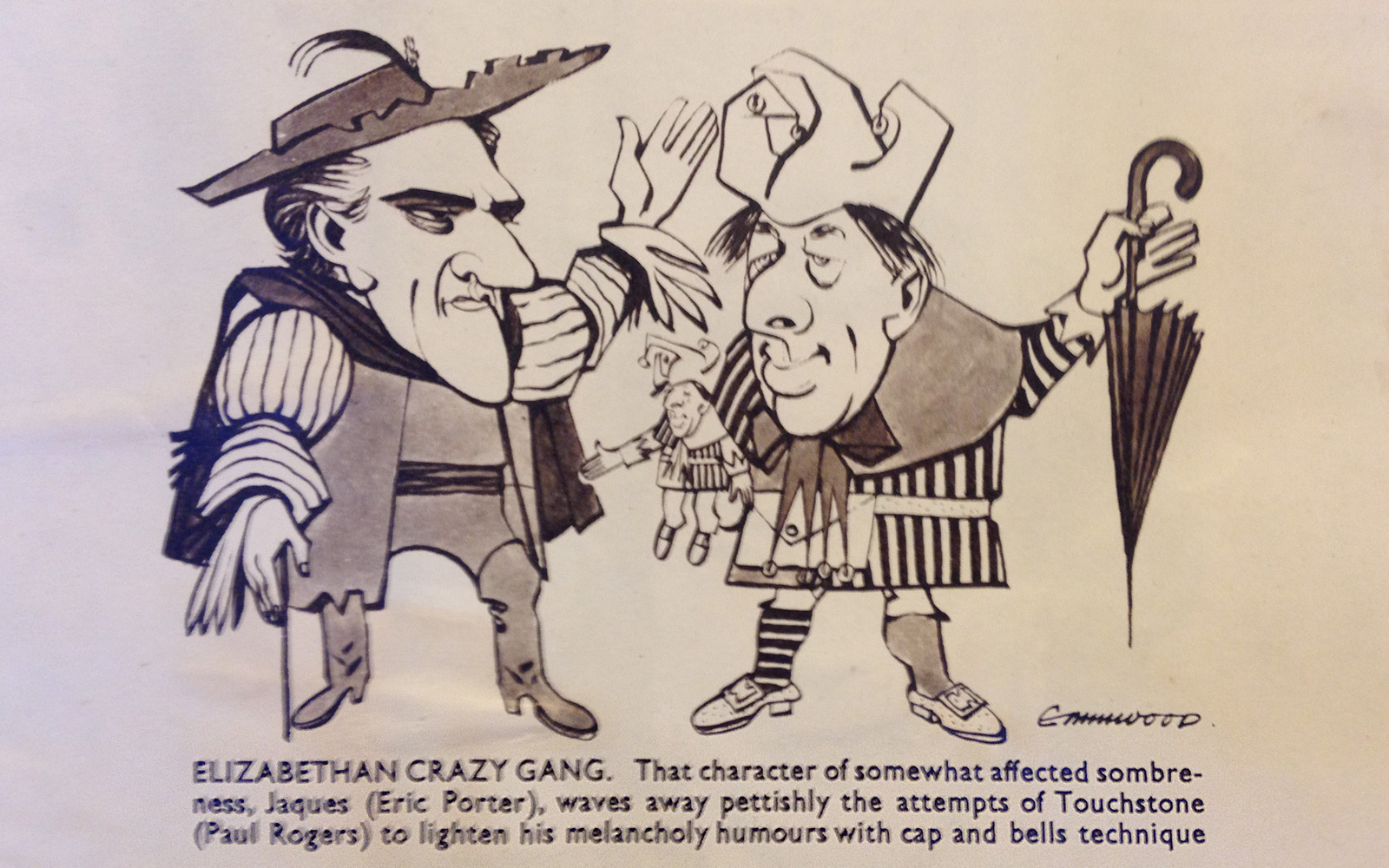 In Part One of my book Are You going to do That Little Jump? I describe a hairy moment at the end of my second season at the Old Vic.

I received this letter – out of the blue – in confirmation of my story. Here’s a transcription:

The Old Vic poster on the stairs tells me its 40 years since we worked together. How many people outside the theatre can say as much? Usually imagine you pass on and never meet or are seen again. So it was good to see you strutting your stuff (as the young say!) in Twelfth Night last night.

I will never forget an incident that involved us both: AS You Like It, Belfast end of season 1955, the half, no sign of Paul Rogers, you preparing to go on for him, me for you. Only one problem – I probably knew only your first two speeches at that stage of the season. We were spared on that occasion.

Ten years ago RSC in Washington, I had literally just flown back from England on compassionate leave, just heading for good night’s sleep, you’re on in ½ hour as Leonato in Much Ado. This time thank heaven I knew it.

In the past year I’ve been at the Royal Exchange in Monte Christo and did the first four Brother Cadfaels with Derek in Budapest. That was fun.

Anyway, this is just to say Greetings and I hope all is well with you and yours.

Much enjoyed the show

Paul Rogers was playing Touchstone and I was understudying him. This performance was the last (or very nearly, as I remember it) of a very long season. We were finishing a year’s work in London with a tour of both Irish capitals, North and South.

This tale says a great deal about the attitude to understudying in those days. We were playing Shakespeare in repertoire. Within a few weeks of opening As You Like It at the Old Vic, stage management did, indeed, set up some hours of understudy rehearsals. These were conducted with fair rigor and we went over our scenes a reasonable number of times. Touchstone is one of Shakespeare’s more ‘difficult’ clowns. He has a magnificent – but also horrendous – tour-de-force speech about how to conduct a challenge without having to actually fight, yet coming out of it with dignity and honour saved. It begins: “I did dislike the cut of a certain courtier’s beard: he sent me word, if I said his beard was not cut well, he was in the mind it was: this is called the Retort Courteous. …” Etc. etc. I believe that nowadays the speech is often thought to be unplayable and, either removed completely, or chopped to almost nothing. I think it’s wonderful. But I’ve only ever seen one actor bring it off entirely!

Well, typically of the time, after this first, pretty serious, understudy call we were warned to keep our lines on the go – and vaguely promised more understudy calls… which never happened. You can imagine that a company of actors on tour at the end of a long season, isn’t going to trouble itself much about having to go on for a principal. It’s holiday time, everyone’s healthy and living in digs just a few minutes from the touring theatre – what can happen?

But as you can see from Ray Llewellyn’s letter – it did.

My best part in my two years with the Old Vic was this: 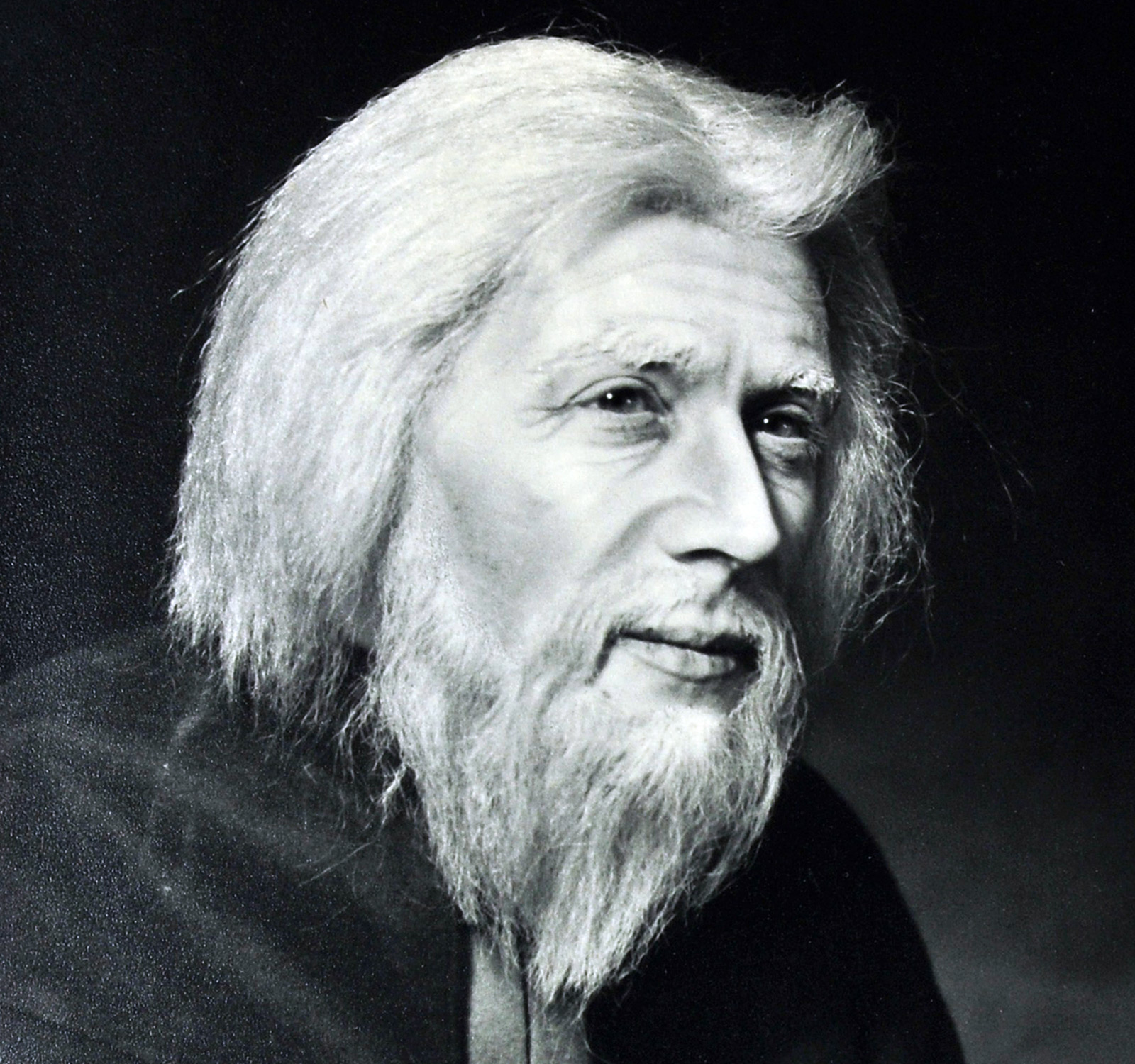 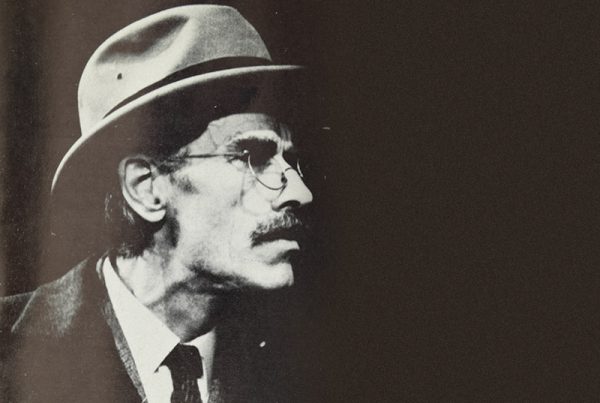 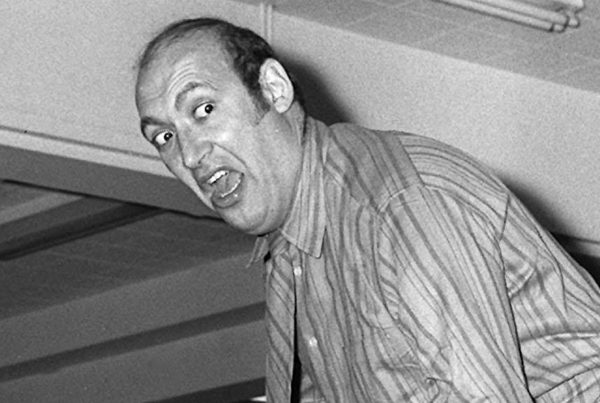